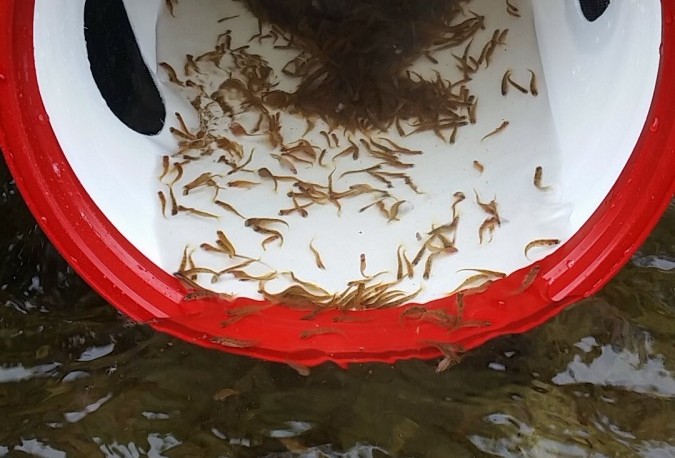 The Spring of 2016 saw the release of 50,000 fry in the Petitcodiac watershed. Transported in by way of truck and xactic tank, the fry were then delivered to the river on the back of a sided by side and divided into 11 buckets, distributed over 2km of river.