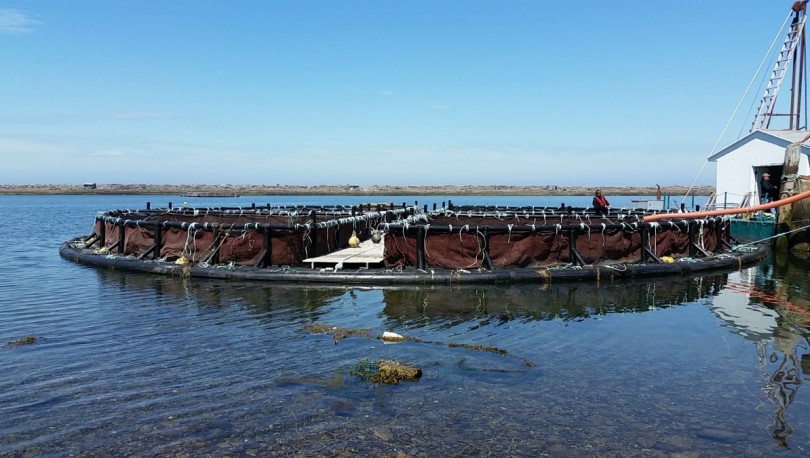 A unique collaborative research project involving the Department of Agriculture, Aquaculture and Fisheries, federal partners, First Nations, industry and scientists, is aiming to help recover the endangered inner Bay of Fundy Atlantic salmon. The project was initially piloted by Corey Clarke of Fundy National Park in 2010, and Fort Folly quickly saw the benefits to such a project. For over 15 years, Parks Canada, Fort Folly First Nation, and the Department of Fisheries and Oceans, have worked together to monitor and maintain a portion of the remnant wild inner Bay of Fundy Atlantic salmon population in Fundy National Park, the Big Salmon River in St.Martins, and in recent years, the Petitcodiac watershed. Recovery efforts have been successful in preventing the extirpation of the iBoF population but in order to go beyond sustaining the population, this unique project is hopeful to produce a fish that will be able to survive without human intervention.

The site is located in Dark Harbour, Grand Manan, with permits to hold multi-year classes, allowing smolt to be held and grown to maturity before being released back in the river. Wild smolts from Fundy National Park rivers and the Petitcodiac watershed, are raised in custom-designed conservation aquaculture net pens, the first of its kind in the world. The idea is that fish will be hardier and fitter, ensuring higher survival rates in the fresh and marine environments, and that they will produce the next generation of offspring that are free of captive exposure, are more resilient, and will return multiple times to spawn.