This document presents information assembled to enable planning of restoration activities  within the Anagance River watershed, a tributary of the Petitcodiac River, in southeastern New Brunswick.  It is a companion document to earlier work (FFHR 2014) on four nearby watersheds: 1) Demoiselle Creek, a small watershed that drains directly into Shepody Bay, near the mouth of the Petitcodiac River estuary, and three other tributaries of the Petitcodiac River system: 2) Little River, 3) Pollett River, and 4) North River.  The location of all five watersheds in or near the Petitcodiac system, (just outside of Moncton New Brunswick) is presented below in Figure 1. Each watershed was assessed according to the four-level approach laid out in the Department of Fisheries and Oceans document, “Ecological Restoration of Degraded Aquatic Habitats: A Watershed Approach” (Melanson et al.  2006).  Under this process the first level of assessment is an examination of the land use history of the watershed.  The second level of assessment looks at the current impacts.  The third level of assessment considers the aquatic and riparian habitat, and the fourth level of assessment then brings this information together to develop an aquatic habitat rehabilitation plan that identifies priorities and opportunities for interventions within each watershed to advance the goal of habitat restoration. 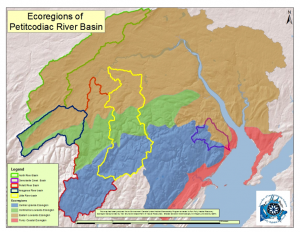 Figure 1: Location of the Anagance River watershed within the Petitcodiac system

The Anagance River flows 28.4 kilometers (Pugh 1999) from its headwaters in the eastern end of Kings County down to its confluence with the North River in western Westmorland County (at the Village of Petitcodiac).  The point where the two meet marks the beginning of the main stem of the Petitcodiac River (Natural Resources Canada 1997).  The Anagance watershed drains 138.9 km2, making it the 4th largest tributary of the Petitcodiac.  Its lies mostly within the Eastern Lowlands Ecoregion, though a few points reach sufficient elevation along the ridges marking its boundaries to fall within the Continental Lowlands Ecoregion (Department of Natural Resources 2007). It is slow moving, with a sand and silt substrate (Petitcodiac Watershed Alliance 2016). Much of the river has low gradient, dropping just 25 metres along the 24.7 km between Dunsinane and its mouth (Natural Resources Canada 1997).  It is convoluted and meandering, with numerous wetlands.  After the Anagance and the North Rivers meet, the channel (now the main stem of the Petitcodiac River) continues in an easterly direction before bending at Moncton, and heading southeast into Shepody Bay. 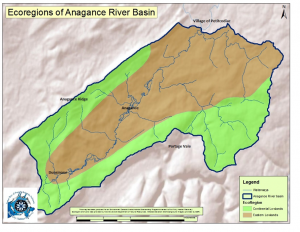 The dominant land uses within the watershed are forestry and agriculture. Approximately 98% of the watershed is forested, broken down as follows: 42% small private woodlots, 0.5% is crown land, and 57% industrial freehold forest land owned by J.D. Irving.  Only 1% of the watershed has been cleared for agriculture, 21% of which is being used to grow row crops or grains, 79% pasture or hay, and 0% blueberries (Department of Natural Resources in 2014).

The lower reaches of the Anagance tend to be too warm for brook trout in the summer, but are capable of accommodating salmon during their spawning run in the fall (Washburn and Gillis 1994). Historically the Anagance was considered less suitable for salmon than the North River (Huntsman 1941), let alone the Pollett or the Little which were well known as salmon rivers (Dunfield 1991). However, there are records of salmon present in the Anagance wherever suitable substrate and shelter were found (Andrews 1943; Huntsman 1944; Huntsman 1945).  Elson (1961) suggested that on the Petitcodiac gaspereau (alewives and blueback herring) spawn largely in the Anagance, due to its considerable areas of still water.  MacEachern (1965) specified that these were likely Alewives. Blueback herring tend spawn a short distance above the head of tide, possibly the gaspereau that Dunsfield (1991) reported spawning near the mouth of the Pollett.  Alewives move further upstream than blueback herring, far into fresh water, favoring slow moving parts of rivers or still lakes for spawning (Scott and Scott 1988).

In addition to its main stem, named tributaries of the Anagance River include: Hayward Brook; Holmes Brook; and Harper Brook.  While the name Anagance itself might appear obscure, it is quite descriptive, coming from Maliseet “Oo-ne- guncé” meaning portage (Ganong 1896).  This 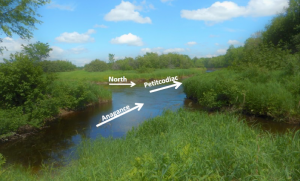 Figure 3: Anagance mouth, looking at confluence with the North, the start of the Petitcodiac

is a reference to the transportation corridor that this valley provided historically for canoe travel between the Petitcodiac and the lower Saint John River, followed subsequently by a carriage road, the railroad, and even today’s highway system between Moncton and Saint John.