Forest tenure within the Pollett River watershed today is a mixture of private woodlots, industrial freehold, and crown land, which are subject to varying levels of management in terms of harvesting planting and thinning.   As Figures 3-3 and 3-4 show (according to data provided by the Department of Natural Resources in 2014), there is a difference in the proportions in of these categories of land ownership and usage between the upper and the lower portions of the river .  The upper portion of the river (Figure 3-3) is 33% private woodlots, 37% industrial freehold, and 22% crown land, with the remainder in other uses, primarily agriculture 6%.   The lower portion of the watershed (Figure3-4) has a greater proportion of private woodlots (likely with associated focus on parallel recreational values) and less industrial freehold land.  Ownership in the lower end of the river is approximately 58% private woodlots, 11% industrial freehold and 25% crown land, with agriculture again the bulk of the remainder at 4%.  These differences reflect the level of access and population between the two portions of the river, which, as is often the case, becomes increasingly remote and less populated the higher up in the watershed one goes. 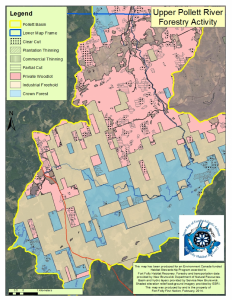 Figure 3-3: Forest tenure and management in the upper Pollett River 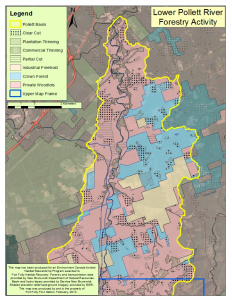 Figure 3-4: Forest tenure and management in the lower Pollett River

Maple syrup production remains a significant activity in the area.  In addition to small scale private production there is a large commercial operation, Briggs Maples, tapping over 12,000 sugar maple trees in Albert County on both private and crown land near Fundy National Park (Briggs Maples 2015), with distribution in super markets through both Sobeys and CO-OP Atlantic.

Agriculture is the dominant non-forest land use within the Pollett River watershed There are four working dairy farms in the watershed, and numerous hobby farms (Petitcodiac Watershed Alliance 2009), such that the watershed as a whole can be described as (aside from its 90% forest cover) 3% row crops and grains, 1.1% pastureland, and 1% blueberry fields. The uppermost reaches of the watershed are restricted to scattered blueberry fields.  Just a little further downstream is the town of Elgin, still fairly high up within the watershed.  None-the-less, well over half of the cultivated land (primarily crops and grains) found in the Pollett River valley lays several kilometers immediately east or west of the Elgin town site (Figure 3-5).

As one continues downstream below Elgin, agriculture largely disappears for about 14 km until one nears the community of Pollett River, where the 905 is met by Parkindale Rd in the south and Sanatorium Rd further downstream to the north (Figure 3-6).  Here, immediately along the river is some pasture land, and to a lesser extent crops and grains.  Below the point where Sanatorium Rd crosses onto the east side of the river, production begins to transition into primarily crops and grains.  There are numerous scattered small fields along a narrow corridor between the Pollett River and Sanatorium Rd, mostly within about a kilometer of the river.  This pattern continues even as the road network becomes more complex down near the confluence of the river with the Petitcodiac near Salisbury, increasing in density the closer one gets to the Pollett’s mouth. 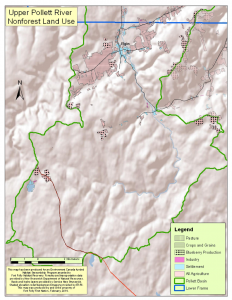 Figure 3-5: Non-forest land use in the upper Pollett River 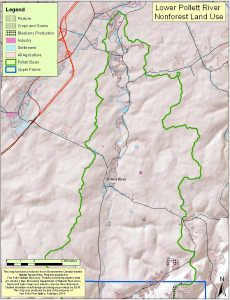 Figure 3-6: Non-forest land use in the lower Pollett River

A GIS layer of the road network (paved and unpaved) within the Pollett watershed was overlaid on the river and its tributaries, to yield Figures 3-7 for the upper basin and 3-8 for the lower portion of the basin.  Numerous unpaved crossings are present on both figures, 69 in the upper, and 38 in the lower.  In both cases they outnumber the paved crossings, though the proportions are quite different.  The 69 unpaved crossings on the upper Pollett make up to 76% of all 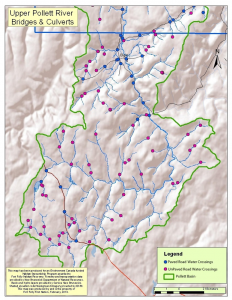 crossings in the more remote upper half of the watershed, while the 38 on the lower Pollett are only 58% of the total in that portion of the basin.  For the most part these are likely to be in the form of culverts, though there could be the occasional bridge as well.  There are fewer places where paved roads cross the river, 22 in the upper Pollett (24% of total), and 27 crossings along the lower Pollett (42% of total).  Those along the main stem of the river are known to be. 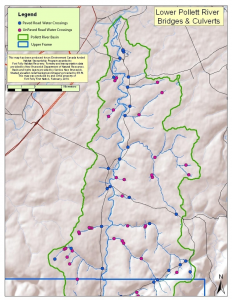 bridges, but it is likely that the majority of the smaller paved crossings are culverts.  A survey was conducted in 2014 (Petitcodiac Watershed Alliance 2015), yielding Figure 3-9. 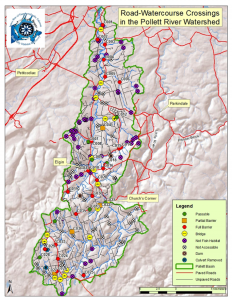 Of the 156 crossings in the Pollett River watershed identified in Figure 3-7 and Figure 3-8, there was an attempt in 2014 to locate 131 of them, shown on Figure 3-9 (84% of the total), primarily in the lower reaches of the watershed.  Some (37) of these were not found (28% of those searched for), possibly due to limited access caused by equipment constraints (lack of ATV), or because of issues with accuracy of the road layer of GIS data. These were listed as “Not Accessible”.

The 94 crossings that were located (72% of those searched for), were then assessed following a protocol developed by CARP, the Clean Annapolis River Project (2013). Of these: 41 were deemed not to be fish habitat; 2 had been removed; 16 were bridges; 8 were passable culverts; 4 were culverts that were determined to be partial barriers; 21 were culverts that were determined to be full barriers to fish passage; and 2 were dams.

During the course of the survey, debris removal was conducted at 4 culverts to improve fish passage (Petitcodiac Watershed Alliance 2015).  Two of these: C022 (where Churchill Road crosses Shaffer Brook); and C041 (where a JD Irving logging road crosses Popple Intervale Brook) ranked as partial barriers due to debris.  The other two: C012 (where Kaye Road crosses Colpitts Brook); and C021 (where Church Hill Road crosses Shaffer Brook several kilometers downstream of C022) were determined to be passible, but clearing debris ensured that passage remained possible.  Further discussion of these actions, as well potential for other remediation projects will be discussed in the Fourth Level of Assessment Aquatic Habitat Rehabilitation Plan, under the heading Possible Restoration Activities.

While the New Brunswick Department of Transportation (DoT) is responsible for bridges and culverts on the public paved roads, they are not responsible for the vast majority of those on the unpaved roads which are likely to be on either private woodlots, industrial freehold, or crown land.  If a problem culvert is identified and there is a question of who is responsible (private landowner versus DoT), GPS coordinates should be taken and responsibility confirmed through further discussions with the DoT.

In 1968, 28 kilometers downstream of the Pollett along the Petitcodiac, the Moncton to Riverview Causeway was built instead of a bridge, in order to accommodate vehicular traffic between the two cities.  The fishway built into it proved to be ineffective. The causeway gates created a barrier to fish passage with significant consequences for native fish species in the river, and led to the decline in the populations of species such as alewife, blueback herring, rainbow smelt, and sea-run brook trout.  Some species disappeared altogether from the upland reaches of the Petitcodiac (such as the Pollett), including Atlantic tomcod, American shad, and striped bass (Locke, et al. 2003).  Atlantic salmon only remained present in the river as a consequence of ongoing stocking efforts (AMEC 2005)

In April 2010 the Moncton to Riverview Causeway gates were opened as part of the Petitcodiac River restoration project.  Four years of monitoring from 2010 to 2013 following the restoration of fish passage (Redfield 2015) found American shad, striped bass, and Atlantic tomcod returning to the river. Of these, the latter two have shown sustained and progressive increases in numbers over the years, while invasive non-native smallmouth bass have declined.  Consequently it is clear from these results that the fish community of the Petitcodiac has the capacity to recover, given the right conditions, and appears to be on its way to doing so.

Based on general information provided by Service New Brunswick, two forestry operators (JD Irving as Forest Patrol and Natural Resources) may have conducted work in the Pollett River watershed.  While intended blocks of land to be treated were identified by operators that does not necessarily mean that they were treated with herbicides. Products used in these industries may contain the active ingredient glyphosate.  Glyphosate is found in several formulations under the trade names Arsenal (PCP 23713), Forza (PCP 26401), Vantage (PCP 26884), Vision (PCP 19899) and Vision Max (PCP 27736).  The active ingredient triclopyr has also been used in the past as Release (PCP 22093).

In addition, two industrial operators (Asplundh and NB Power Transmission) may have conducted work with respect to an industrial right-of way perspective (transmission lines) in the Pollett River watershed.  These companies may have used tricoplyr as Garlon 4 (PCP 21053), Karmax (PCP 21252) and any of the aforementioned glyphosate products.

A granite quarry began operations in the Pollett watershed in 2009 (Petitcodiac Watershed Alliance 2009).  The buffer between the main stem of the river and the quarry is adequate, however Gibson Brook, a tributary of the Pollett passes near the quarry and as the operation expands there is potential for the quarry to become a sediment source through deforestation, road building, and release of water due to ongoing drainage of the site.

Though there is no large urban centre within the watershed, along some of the more populated sections of the river, large portions of private woodlots have been subdivided and sold as building lots for recreational properties such as camps (Petitcodiac Watershed Alliance 2009).  In addition to the damage to the riparian buffer that results from adding new access roads, camp construction and clearing for lawns and views of the river, there is significant potential for sewage contamination if septic systems are poorly maintained.