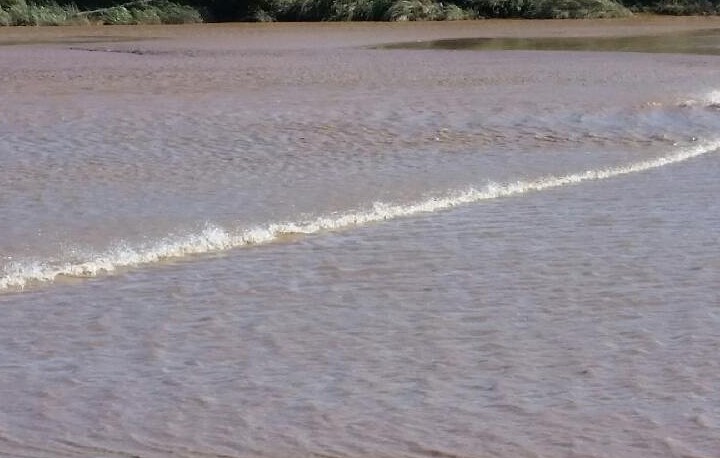 So far the catch at the fish trap during the 2015 field season has been fairly consistent with observations noted during previous seasons (see June 15th 2015 press release). For example once again the numbers of gaspereau returning to spawn in the spring have been low compared to the first three seasons (2010 to 2012), much like was the case in 2013 and 2014. There are several exceptions however.

The first is that while the numbers of striped bass remain quite high this year, there have been many fewer Young of the Year (YOY) striped bass detected so far this year than last year. Instead the vast majority of the striped bass caught this year are from either the 2014 cohort or possibly the 2013 cohort, indicating high survival over winter for those individuals.  This suggests that the unusually high numbers of YOY striped bass caught in 2014 may have been a distinct event rather than evidence of an overall trend.  However, the high survival rate of those fish means that we could be seeing numerous striped bass stemming from that event for some time to come, even if they are not being produced in such large numbers annually.

The second is that the numbers of eels in the trap have also been quite high this year – nearly 4 times what was encountered during the entire season last year, and 7 to 10 times the totals for the previous years.  This echos what was seen in the smolt wheel on the Pollett River this spring, where many times more eels were seen than had ever been caught there before.  So 2015 seems to be a good year for eels.

Finally, the third noteworthy observation has to do with invasive species – specifically smallmouth bass and chain pickerel, which have been more apparent this summer than in past years.  Initially smallmouth bass showed a steady decline from 2010 into 2012, and went undeteced in 2013 and 2014, however so far in 2015 there have be 8 caught. This number is still well below what was seen between 2010 and 2012.  Probably it is too early for talk of them making a come back, a better interpretation is what we’ve been saying already- they aren’t gone, just reduced in numbers to the point where they are harder to detect.  Similarly we’ve caught 9 chain pickerel so far this year, which is noteworthy mostly because we hadn’t seen any previously, despite being on the lookout for them since 2010.  Like the smallmouth bass the number of chain pickerel is so small that on its own it is not very meaningful.  However, it will be interesting to see if it translates into more of them next year.